There are rumors that the D-Max pickup truck will be undergoing a mid-cycle upgrade in 2016. Recently, multiple images of a facelifted variant of this pickup truck were leaked, and it gave an idea of the production vehicle you can expect. As far as changes brought to this model are concerned. It will include both exterior and interior enhancement along with a totally new diesel engine as well. 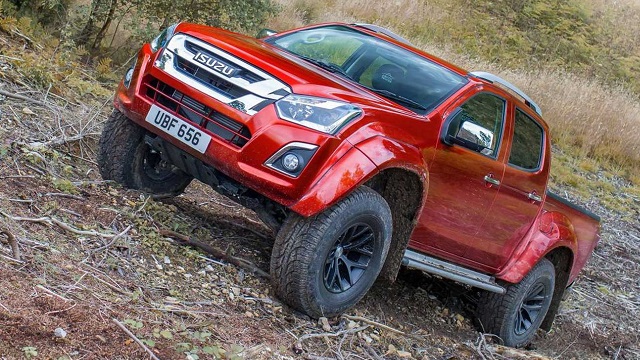 The second generation of this model made its debut back in 2012 when it shared a lot of its components with 2013 Chevrolet Colorado. Isuzu’s pickup truck inherits its interior design, mechanical parts and ladder chassis with its American sibling but it always manages to create a unique visual identity. With the upcoming update, 2018 Isuzu D-Max is expected to gain a broader appeal in both European and Asian automotive markets.

Changes on the outside and inside

Spotting the differences made to the exterior of this model could be difficult, but Isuzu claims to have made amendments to front bumper, headlights, and grille, thus making it look more aggressive. It will be coming with integrated LED daytime running lights along with a new set of 18-inch wheels. When it comes to the interior, there hasn’t been many changes brought to its overall layout. A couple of interesting gadgets have been added though.

2018 Isuzu D-Max comes with a new entertainment and connectivity system, ‘Isuzu connect World’, which replaces the present system. There will also be a new 8 inch TFT display, thus offering a larger window. The sound system will feature roof-mounted speakers, which has never been seen before on any other pickup. You can also download the Isuzu Insight economy driving app into your smartphone and connect it to board computer for getting driver feedback. 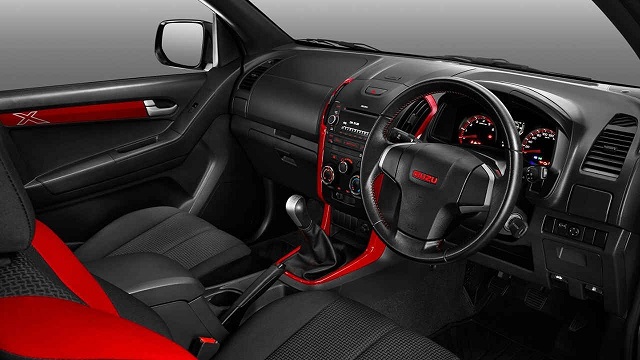 A new engine has been announced for this model, even though official specs are yet to be released. 2018 Isuzu D-Max will replace the current 2.5-liter engine with 165 HP with a 1.9-liter DDi engine. This engine has an output of 150 HP, and it has CO2 emission ratings of 161 g/km. This new engine is claimed to be 19% more efficient than the previous engine.

This model will come with both six-speed manual and six-speed auto transmission, thus providing the buyer with more choice. This new transmission choice will be replacing the current five-speed automatic gearbox. The transmission provided with this upcoming model will be more refined and user-friendly. This time it is going to have 19% reduction in its fuel consumption. A fuel economy is expected to deliver 43 mpg on a combined basis.

2018 Isuzu D-Max is release in the 3rd quarter of 2018. The price of this vehicle is expected to be around $35,000 to $45,000. Some of its main competitors include Volkswagen Amarok, Mitsubishi L200, Toyota Hilux, Ford Ranger and Nissan Navara.